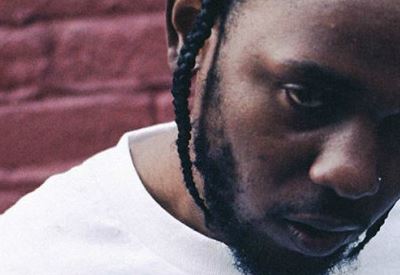 There are two things hip-hop fans get excited for every couple of years: a Kendrick Lamar release, and the Anthony Fantano review of the aforementioned Kendrick Lamar release. Two years after the release of his masterpiece record To Pimp a Butterfly, K. Dot has returned to the forefront of rap with his new album DAMN. This was an exciting release first and foremost because Kendrick has been on one hell of a hot streak since he smashed through with Good Kid, Maad City. Two amazing albums and an amazing collection of rough tracks launched him into mega-stardom. Who could blame fans for getting their hopes up? With such an amazing track record, you’d be safe to assume that Kendrick was going to drop another album of gold, right?

Wrong. This is not a good album. DAMN. is actually painfully underwhelming, and this is for a variety of reasons.

Let’s start by talking about the rapper himself. Unlike on his last two albums, Kendrick Lamar sounds scarily disinterested throughout the majority of DAMN. Though it is conceivable that his delivery choices were used to emphasize the overall tone of defeat and depression, they just came across as uninspired. His usual plethora of voices, inflections, and flows was replaced instead with a muddy, slow, and monotone delivery most of the time. His writing isn’t terrible throughout (although he did struggle to piece together a consistent concept even slightly), but it’s hard to even care about what’s being said, because it’s being delivered in such an uninteresting way.

Even worse is Kendrick’s singing throughout DAMN. For whatever reason, he decided that he wanted to sing a whole bunch on this album. Now, he doesn’t have the worst singing voice in the world, but it gets grating really fast. The song “LOVE.” is especially guilty of this, and probably one of the worst songs to be released by a major hip-hop artist in the last five years.

Perhaps the most jarring change on DAMN. compared to Kendrick’s previous work though is the defeatist mentality. The overarching idea that his struggles as a human are due him straying from God’s message – though left fairly ambiguous throughout the record – can be tiring. The moodiness is far removed from the hood documentary narrative on Good Kid, Maad City and pride inspiring social awareness on To Pimp a Butterfly. It feels like an album attributing every injustice against minority groups as an act of God, to serve as punishment for these groups losing their godly roots. This is particularly clear in the multiple references to Book of Deuteronomy. It feels incredibly out of character to hear this sort of broken, defeated, mindset on DAMN.; though it may have been able to work as a concept if executed better, this record is far too scattered for it to have any sort of poignancy.

Plus it honestly seems damaging to blame these issues on a higher power. It takes away the importance of fighting the societal issues which allow these injustices to happen. Kendrick, who has presented himself as a very socially aware human to this point, should know better than this. Why push an album working directly against the causes you’ve backed? It doesn’t make sense.

The production on DAMN., to put it lightly, is absolutely terrible. There are maybe three beats throughout its run-time that don’t feel like stale rehashes of gutless trap bangers and RnB backtracks. It’s really evident when you start to compare this album to his last two full-length releases. It feels as though Kendrick has stepped down two or three tiers of beat selection, and it is really quite disappointing. Sure, “DNA.” is a monstrous track and 9th Wonder’s contribution to “DUCKWORTH.” is gorgeous, but two instrumentals couldn’t salvage the whole record. Honestly, with better attention paid to instrumental selection DAMN. could have been a significantly better album. It’s easier to look past conceptual and vocal flaws when the rest of the album sounds nice. DAMN. does not sound nice. Not even slightly.

He even managed to pick a boring Alchemist beat. When you’re using Alchemist as a producer, picking a bad beat should be a difficult thing to do; however, in this particular instance he picked a seven minute instrumental with the same short sample playing repeatedly. It would have sounded great on a shorter song, but it was used on a marathon. After the second minute it loses all appeal instantaneously.

In spite of these issues, DAMN. is a record with a few bright spots. The song “DNA.” shines the hardest with its infectious energy and absurdly smooth Kendrick flows. It definitely seemed to be the initial standout. “DUCKWORTH.” is also a very solid track with an interesting (albeit odd) story and one of the few nice instrumentals.

Unfortunately, like most iconic musicians, this album’s critical reception will be highly inflated by Kendrick’s hype-beast status. Reviews dropping near minutes after its release were trigger-happy to drop another perfect score. Reading fan discussion proves quickly that this is a highly polarizing package of music. Honestly, listen to the record and form your own thoughts and opinions on it. You’d probably be better off picking up the new Oddisee or Quelle Chris, but DAMN. is definitely one of those albums that you’ll need to experience for yourself to see where you stand.

We can all agree that the album art is horrible though. Every single human on earth can agree with that.