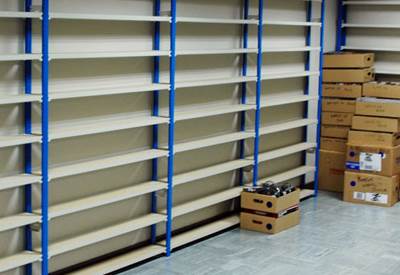 Recently, Best Buy announced their plans to cease the sale of CDs in their stores by this summer. While I had a couple of CDs from family before I started collecting, the first time I bought a CD for myself was in 2009, at the Best Buy closest to my house. I would say that the bulk of the CDs that I have bought were bought at that exact Best Buy, actually. I can’t say I like the chain (at all), but I would be lying if I said it didn’t play a substantial role in the painstakingly slow growth of my collection.

I understand that Best Buy needs more room for TVs and phone kiosks, so keeping floor space for CDs when sales are continuing to drop doesn’t make business sense. However, as someone who is passionate about purchasing physical media, I am saddened by this news. While lately I’ve generally shifted away from CDs towards vinyl and cassettes, the easy access to CDs at a store 5 minutes away from home is without a doubt what helped foster my interest in collecting physical media. I can’t help but feel that the removal of CDs from a store like Best Buy will stop that from happening for other people. I’ve read that Target may be planning on only selling CDs by artists and labels with whom they have special deals with, which makes it even more unfortunate.

It’s clear that album sales are no longer going to be what they were. While I absolutely do not care about album sales, I’m very concerned about lesser-known artists and how they will probably get the short end of the stick. It’s been like that since streaming became a widespread thing. However, if CDs really are going to be pulled from stores, and with streams counting for so little as far as sales, either a new algorithm needs to be set up or else artists are just going to be screwed out of money even more severely. Those that were able to manage to even get their CDs in a store in the first place likely benefited quite a bit from doing so. Taking this option to get their music out there away hurts them.

I’m also concerned with what will happen to mainstream albums. The art of making an album subjectively seems as though it’s taken a hit in recent years with the continued growth of streaming. We all remember when Drake pretended a bunch of songs he threw together and sold was a “playlist” and not a bloated and overlong album. It was pretty clear that it was meant to be background noise 22 tracks longs for the extra streaming revenue. This doesn’t seem like it’s only limited to him, either. Jhene Aiko also released a 22 track album last year, Chris Brown released a 40-track monstrosity, and the new Migos album had 24 tracks. To me, all of this points to a trend in mainstream music where acts who know that they’re going to get a lot of streams are just going to milk that out for all it’s worth, and release massive albums that maximize their numbers, and ultimately, their revenue, at the cost of the actual quality of music they’re releasing. The effort and creativity it takes to structure and sequence an album could very well get thrown out, with artists opting to release projects that could end up as a pile of songs with no direction or purpose.

I don’t want to seem like the disappearance of CD is going to spell out doom for the music industry. However, I do think it’s irresponsible to essentially gut one of the easiest and most convenient ways of buying physical music. Of course, Best Buy and whatever other chains decide to follow suit don’t care, and they have no reason to. I do want to say, though, that I’m hoping this inspires people, ranging from avid collectors to those who might just want to pick an album up here or there, to visit their local record stores. While I’ve been picking up music when I can for close to 9 years now, it took until last month for me to step foot in a record store. That isn’t a good thing. Record stores are generally small businesses that survive solely on selling music, unlike chains like Best Buy and Target. I decided, even before this news broke, that I was taking my business away from said chains and putting my money into record stores, sites like UGHH, and other independent sellers.

Which reminds me, actually. When thinking about this, I can’t help but keep in mind that vinyl and cassette purchases have been on the rise over the last few years. Cassettes are still VERY niche, though, so that may not hold as much significance, but the fact that vinyl sales continue to grow does inspire a little confidence in me that physical media is still a factor in the music industry. What’s more is that there are some independent labels and artists who have not only sold vinyl and cassettes, but have used them to thrive; a label like Daupe Media comes to mind. I have no real understanding as to why this might be the case, but perhaps as ways of buying physical media continue to disappear, people become more interested in it as a novelty, and end up becoming collectors themselves. Who knows.

I know with me, my end goal is to essentially create a library of hip hop albums in various forms of physical media, as a way to preserve the music that has helped shape me. I feel like as avenues of purchasing physical albums go away, this sort of thing only becomes more and more important. I think any self-proclaimed lover of music owes it to themselves, and the artists they say they love, to pick up an album and dedicate space to it, to immortalize it. I’ve probably made a big deal out of nothing, because people can always go to Amazon to get the music they want, but I do feel a kind of way about this. Like with everything else (and possibly more so, given the cheaper options), physical media in music seems very much to be an “out of sight, out of mind” kind of product to most people. I believe that the further we go to remove it from stores where you can see and browse through it, the less people will consider buying it to begin with. That’s not something I’m very happy about.