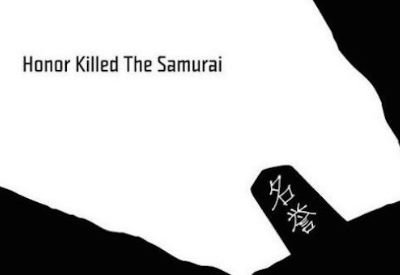 It seems as if Ka has been on a roll since his debut solo album release in 2008. The gritty Brownsville emcee has totaled three solo albums (prior to Honor Killed the Samurai), two extended plays, and a collaborative album under the name Dr. Yen Lo. All have been met with positive critical reviews, and have garnered him an impressive underground fan base. As mentioned, he’s recently released Honor Killed the Samurai. This is his first full length solo album since 2013’s The Night’s Gambit, but he’s kept fans eagerly anticipating it with collaborative efforts and a handful of singles.

It’s finally here however, and it definitely lives up to the standard Ka has established throughout his discography.

When approaching any of Ka’s work, it should be expected that you will have to rewind and replay tracks multiple times to catch all the little details. This is true for Honor Killed the Samurai. With the focus being primarily on story telling lyrics, it isn’t the type of album that one can digest quickly. There is a lot of meat to chew on, and honestly this makes it quite wonderful to revisit. Ka’s presence on the album is most similar to that of a spoken word poet.

I strained to obtain so I could give more,
Most dangerous when there was nothing to live for.
(Conflicted)

Additionally, the production on Honor Killed the Samurai provides a splendid backdrop. The instrumentation feels relatively minimal; however, it’s quickly evident that it was the perfect choice for the overall feel of the album. There’s a degree of consistency to the production that creates a wonderfully cohesive environment behind Ka’s vocals. Though the production is minimalistic, it is a beautiful simplicity. All the tracks sound smooth, there is not an abrasive moment in the duration of Honor Killed the Samurai.

At the end of the day, Ka is the definition of a rapper’s rapper. Those obsessed with storytelling and complex (yet coherent) rhyme schemes will fall in love with this album. He’s immensely talented at painting a vivid scene, and he oozes technical writing ability. That being said, if you’re looking for an absent minded listen (which there is absolutely nothing wrong with), this is not the album for you. The focus is so narrowed on vocals that the listener has to be prepared to pay attention. It’s a rewarding listen, but not an easy one.

So I stood on mine, during the hoodest time,
Was a nightmare, felt like life here was as good as dying,
We was born in the thorns, few arose,
Once a town’s noose, now in soundproofs pursuing golds.
(Mourn at Night)

In a moment of stunning unprofessionalism, it seems fitting to close this with a statement aimed at the New York Post. If you cannot separate the music of a highly regarded story-teller from their personal lives, that is your issue. Do not attempt to write a smear piece on the artist. Simply because Ka writes about things street relate (perhaps things he’s seen, or grown up around), does not make him any less of a firefighter. He’s doing a job most are not brave enough to do, and should be celebrated as such. Not shamed for producing art that many love.

To the fans who voiced their displeasure, kudos. The author at the New York Post showed so little journalistic integrity, and it was beautiful to witness fans standing up for an artist over an injustice. Hopefully those who stood up for Ka also go out and support this project. Honor Killed the Samurai is very much worth the purchase.