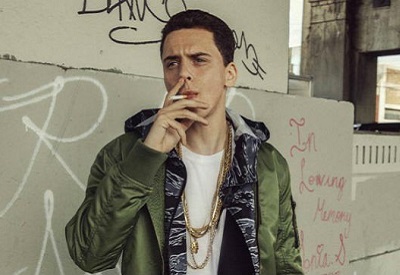 I will be upfront and admit that I am not a Logic fan. I really couldn’t care less about most things that Logic releases. He doesn’t make a style of music I care for, but he’s got some talent and he’s usually harmless enough that he’s not worth bashing either; however, there’s something about one of his new songs that very genuinely seemed….worthy of discussion, to put it nicely. The song is “1-800-273-8255”. If the song title looks familiar to you at all, that’s because it’s the number of the Suicide Prevention Lifeline. Unsurprisingly, that’s also where the song sits topically. Logic on this song made an effort as a celebrity figure to “reach out” to fans through his music, and encourage them to get help with their problems. Now, in theory, that would actually be quite an admirable thing to do. Suicide is a very serious issue, and many are afraid to reach out when they’re grappling with the desire to kill themselves. I was once one of these people, and I’ll be the first to admit that music was one of the key things that helped me pull myself out of the hole and get professional help. Hearing an artist be open about their mental issues on record can be an incredibly powerful experience, particularly if they’re one that you admire.

However, something is severely off with the execution of “1-800-273-8255”. Logic has all the desire in the world to help people on this song, but none of the understanding of what mental illness or suicide actually are. To start, the song is mostly centered around a half-assed concept about an individual calling the suicide prevention line. To be blunt, it horrendously twists the issue to be something smaller than it is. Logic’s analysis of feeling suicidal includes: general sadness, occasional loneliness, and wishing friends would text more often. Basically, “1-800-273-8255” flagrantly tip-toes around the idea of suicide as if Logic was afraid to actually talk about it….when it’s supposed to be a song about not being afraid to reach out for help. Right.

Because of this “1-800-273-8255” felt like an artist abusing the social issue of suicide, stripping it down to it’s simplest (and often flat out incorrect) components, and then casting a wide net so that as many people as possible could relate to it. This is unfortunate, as it presented the opportunity for a major artist to speak on something that close to ten million individuals in the United States alone are faced with on a daily basis. Instead, he spoke about things that seven and a half billion people can relate to, and stamped “suicide” on it as a topic in order to appear as if he cares.

In spite of this, you’d think Logic would have been able to redeem himself on the portions of the song encouraging people to fight through their problems…yet he managed to turn that into a total disaster as well. Telling people that they shouldn’t kill themselves because they might experience “the warm embrace of a lover’s chest” (not verbatim, but close enough) in the Alissa Cara segment of the song is an absolute joke. Logic, people who are in a critical enough mental state that they want to end their own lives do not give a single fuck about the fact that they might one day find someone to share life with. You could have taken a moment to congratulate them on making it this long while coping with intense internal conflict, you could have discussed there being no shame in admitting you need someone else’s help, but instead you chose to trivialize the issue again in a way that makes your single just that much cuter. Well done.

In a moment of complete and total blissful ignorance Logic drops the lyric, “what’s the day without a little night?” Allow that to sink in for a moment, and then consider the fact that Logic is straight up telling people that if they didn’t experience urges to end their own lives, the good times wouldn’t be as enjoyable. Telling a suicidal individual that they wouldn’t enjoy other parts of life as much if they didn’t have to suffer through endless, suffocating thoughts of self-murder is not tasteful. It isn’t raising awareness either. It is attempting to turn a severe mental issue that takes over your entire being into a positive. You can’t do that. There is absolutely no positive attached to feeling suicidal. Suicidal urges aren’t cute, they’re not glamorous, and you’re not helping raise awareness to how crippling they can be by putting a positive spin on it. You could ignore the rest of the song entirely, but this one line of backhanded suicide ideation is enough to get a sense for how ignorantly grounded “1-800-273-8255” is throughout. And once again, the only really function it serves is a cute little quotable to aid the single factor.

The single factor of a song about suicide.

Ultimately, this song is a poster-child for one of the biggest issues with how we treat mental illness: lack of education. We do need to be open about these sorts of problems, but we need to approach them with a maturity that this single completely lacks. If you really want to make a difference, do some research. Understand the signs of someone who might be harming themselves, or might be planning to in the future. Be willing to listen when someone opens up to you, and don’t judge them if they opt to receive mental help. If this song did happen to help you, that’s great, but overall we need to approach these things more tactfully. We need to tackle them in a way that doesn’t make those affected by suicide and depression feel like their issues are simple to get through. While Logic doesn’t seem to lack compassion, he clearly lacks understanding, and that is just as damaging.

If you or anyone you know is dealing with depression, thoughts of suicide, or other mental illness, here are some resources that may be of use: