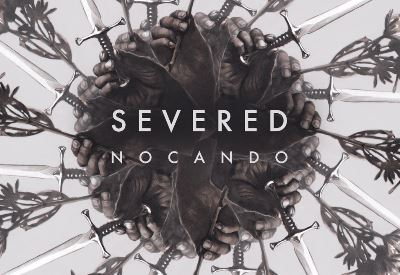 Those who have followed Los Angeles’ amazing alternative hip-hop scene will recognize the name of Hellfyre Club. Through the early 2010s, Hellfyre Club was an independent powerhouse that played home to a mass of independent mainstays. Busdriver, Open Mike Eagle, milo, VerBS and Anderson .Paak are just a few of the names to have been associated with the label’s roster alongside rapper and founder, Nocando; however, things started to go awry for the label in 2014. Dozens of fans didn’t physical copies of releases ordered through Hellfyre’s Bandcamp and took to review boards to voice their concerns. Additionally, tensions between milo and Nocando allegedly began to boil over when the label failed to compensate the young artist for his album A Toothpaste Suburb. This lead to the departure of most of the outfit’s main acts, such as Open Mike Eagle, Busdriver, and milo himself. The trio would release a free “farewell” EP, The Catcher of the Fade, with a handful of ex-Hellfyre Club musicians (with no involvement from Nocando) before moving onto greener pastures to continue crafting their art.

While the majority of the former members never spoke out against Hellfyre Club personally, there was a clear distancing from Nocando and the label. Busdriver once mentioned over Twitter that the vision of the label had died and that it was time to move on. The label sat in static, halted to indefinite hiatus after the release of Nocando’s 2014 album Jimmy the Burnout. Like most things however, Hellfyre Club was not allowed to stay as a memory. In early May of 2017 the label would see its first release in over three years with the very quiet release of The Life I Live EP by Cadalack Ron.

Flash forward less than a month, and Nocando has decided to release his first album in three years, Severed, under the Hellfyre Club moniker as well.

As an emcee, Nocando really doesn’t offer up a lot of versatility or creativity behind the mic. He’s pretty decent at what he does – which is a very punchy, sometimes crude, and simplistic throwback approach to rap – but seems to confine himself to his comfort zone. This really does not change on Severed either. Nocando does what he’s always done, and after a while the verses begin to feel like a bit of a homogeneous blob. He’s got an incredibly grating, gruff delivery on this release that feels incredibly out of place on some of the production. It’s as if Nocando is angry for the entire duration of the album, even when the overall tone of a song is nowhere near that emotion. He attempted to make up for a lack of personality by sounding aggressive, and to be honest itt did not work at all.

To make matters worse, nearly every feature outshone Nocando on this record and most of them weren’t even that interesting. Slug dropped a really nice verse on the song “Useless” (which also had one of the best instrumentals on Severed), which is well worth hearing. Aside from that though, no one really stood out. They just happened to be better than a very underwhelming lead emcee.

On a more positive note, the album art is really cool. But also, Severed feels much more focused than Nocando’s previous work. For example, Jimmy the Burnout felt like an incredibly scattered release. It listened more like a up-and-coming rapper’s debut mixtape than a studio album by a veteran underground emcee. Severed on the other hand, while boring at times, is quite cohesive. There seems to be an attempt at establishing an overarching sound for the album, which is something Nocando has struggled with in the past. It was a a bit of a surprise, but most certainly a pleasant one.

Unfortunately this has more to do with the production than his rapping. The instrumentals on Severed are actually pretty cool for the fast majority of the album. There’s a lot of trap flavor to the production, and tracks such as “Villain” certainly have a unique sound. What really is a bother however, is the absolutely dreadful mixing on this tape. The vocal volumes are all over the place from track to track. For example, “Useless” is significantly louder than its follow up song “Villain”. Add in frequently cracking “s” sounds and instrumentals that are way too quiet, and you’ve got a release with technical issues so severe that it detracts from the listening experience. Not good. The departure from Daddy Kev as an engineer was a very poor decision.

Overall this is a pretty weak release that ultimately feels unnecessary. Outside of the context of his once amazing underground collective, Nocando is just another rapper. He’s at his best when surrounded by talent with more charisma than himself, such as his group work with Busdriver as Flash Bang Grenada. On his own, he lacks the ability to create a great album. This was much of the issue with Severed. It was just so overwhelmingly generic and poorly handled. It’s a shame too, because there did genuinely seem to be some good ideas behind the album, Nocando just dropped the ball when it came to executing them in a way that makes for an enjoyable listen. He’s failed to address his shortcomings as a rapper, and they’ve only began to compound and worsen.

It’s hard to see the appeal in Severed unless you’re a big Nocando fan or desperately clinging onto the nostalgia of Hellfyre Club. A label that should’ve been allowed to rest permanently after the mistreatment of fans and artists around the time of its initial demise.