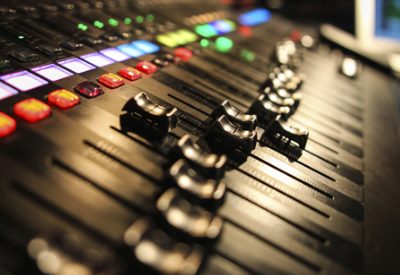 I don’t consider myself a music journalist. I’m an individual who writes about music with my peers for fun. I write because I love music, I love musicians, and honestly, I love the people I get to interact with in the process of putting together articles and interviews. Yet, I regularly find myself feeling furious when checking in on bigger music publications due to the growing trend of hitpiece articles being used as viewer bait. These articles, attempting to undermine public figures, are very often grossly inaccurate. Taking quotes, song lyrics, satiricle works, and the like out of their original context to support imaginary accusations of wrongdoing.

Honestly, it really needs to stop.

I can admit that artists and critics do place themselves into the line of scrutiny – this is an objective truth to the nature to presenting art or discussions on art in a public setting. Of course, you also open yourself up to having your personal views critiqued, as you have now essentially willingly become a public figure. That’s fine. Again, it’s basically part of the gig; however, it becomes incredibly problematic when incompetent journalists lust for attention so severely that they being publishing unsupported attack pieces on these public figures. This has always been an issue in journalism (hate sells), but unfortunately in the past couple of years it’s become the plague of music journalism.

Two cases in particular inspired this think-piece. Susan Edelmen’s attack article on Ka from last year, and Ezra Marcus’ work of the same vein against Anthony Fantano (TheNeedleDrop) from a few days ago. Both authors showed a complete misunderstanding of the individuals they wrote about, yet attempted to spin them into horrible people for the sake of shock value and click-bait. Another similarity is both articles removed context from their “supporting evidence,” turning it into something completely different to give credence to their slanderous claims. Congratulations, you’re both garbage music journalists. Individuals like Susan and Ezra aren’t the problem alone though, they’re merely symptoms of a much larger problem.

The disease itself is the shift away from any sort of sense of a journalistic code of integrity.

Let’s take a look at a few of the generally accepted points that appear in most codes of journalistic ethics and standards. These are sourced through Wikipedia, but if you have access to scholarly journals on the same topic, you’ll find that these are fairly well universally accept. Most importantly in this instance are these four:

1) Reporters are expected to be as accurate as possible given the time allotted to story preparation.
2) Public figures are to be reported on without malice, and reports on these figures should be supported with well understood fact (even in the case of a “smear-piece”).
3) Pursuit of the news is not a license for arrogance.
4) Show good taste and avoid pandering to lurid curiosity (in other words, shock-bait news is a no-
go).

As far as I am concerned the moment you publish an attack piece that is baseless, you have just discredited yourself entirely as a journalist; moreover, the publications that enable the spread of misinformed works need to be held responsible. These authors are no longer writing in the name of public interest. They’re writing as narcissists. So interested in drumming up attention for themselves that they’re willing to attempt ruining another human’s career in the process without any semblance of a backbone to their work. The outlets that enable these articles to become published for the shock-value draw are equally as disgusting, throwing out any sense of ethics for a few more clicks of ad revenue.

I do recommend that anybody interested in holding authors accountable have a look into the standards of journalism. Wikipedia has a really excellent summary page that will give you a general idea, and I think it would really help to form a foundation when it comes to critically assessing whether or not an article is worth giving serious consideration. Individual reputations can be highly tied to what others write about them; even when proven false, slander articles can be chained to someone’s public image for an ungodly amount of time. Be diligent in what you consume, and the journalists you support. If the publications wont hold them responsible, it’s on us to make the effort.