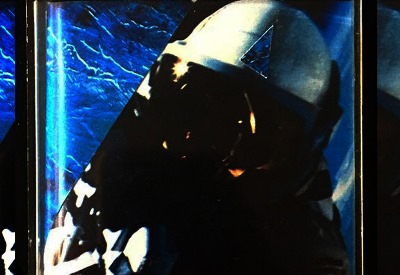 On January 31st, 1971 NASA would launch the eighth manned mission to the moon, Apollo 14. The three person crew kicked off the 9 day mission from Kennedy Space Center’s Launch Complex 39, before travelling to the Fra Mauro Highlands on the near side of the lunar surface. This would serve as the last of NASA’s simplistic (relatively speaking) H-Type missions to the moon, as they upgraded to the longer J-Type with Apollo 15. While this particular Apollo mission was relatively understated, its legacy lives on as a success during the booming age of space exploration. An era that had a particular vibe of wonder, and captured the imagination of individuals even outside the realm of science.

One may now be asking how this is relevant to music, and Walter Gross is the answer to that question. Though he may not have been an astronaut on the Apollo 14 mission (or even much of a space enthusiast, for that matter), his love of ambient concentrative music lead him to an interesting place of inspiration: the Voyager recordings. Finding himself endeared to the organic beauty of these pieces, he began work on his own out of this world experimentation. Quickly reaching full realization with a 23 minute (50 counting the Stray Signals Cassette Mix) long tape of atmospheric allure, The Fra Mauro Highlands. An album which would suitably see release on the 47th anniversary of Apollo 14.

Though it bares his name, The Fra Mauro Highlands was not the type of project one has come to expect from Walter Gross. It abandoned a lot of the crunchier, abrasive noise elements he’s become known for in the past, opting to try something a little more ambient instead. Once expectations were subverted however, this was a wonderful listening experience. It hit the flavor of desolate space music perfectly, and managed to feel cold while also inspiring a sense of adventure. There was a particular hint of retro-futurism to the tape, to the same vein as a movie like 2001: A Space Odyssey. This was due primarily to brilliant sound contrast constructed by Walter Gross. The entirety of The Fra Mauro Highlands had an underlying subtle ambiance of whooshing and swirling sounds that were distinctly galactic and harrowing. Atop of this there were moments of gorgeously vintage sounding synthetic instrumentation, used sparsely enough to maintain a sense of mechanical exploration through an all encompassing emptiness. It didn’t mess around with precisely divide tracks. Rather, this album was one continuous piece of music that built upon itself, evolving in a natural and off-the-cuff manner.

With all that in mind, there were aspects of The Fra Mauro Highlands carrying Walter’s signature touch. It was an immensely unsettling selection of work, with the emptiness and overall tone having created a strong sense of urgency and apprehensiveness of the unknown. With artistic anxiety being such a mainstay in his music, this familiarity was oddly comforting. It provided reassurance that this is exactly how the project was supposed to make one feel, and not an emotion to be avoided. The “Stray Signals Cassette Mix” which followed the conclusion of The Fra Mauro Highlands rewound things back a little further stylistically, while having maintained the same overall vibe. It wasn’t the star of the show by any means, but it was very good and really provided a feeling of returning home to the established fan of Walter Gross. A return after a fantastic journey.

Much like the Apollo 14 mission itself, The Fra Mauro Highlands will likely go down as one of Walter Gross’ most under-the-radar releases. While it was absolutely excellent, it appealed to a listener base even more niche than his signature barrage of noise. Which is unfortunate, because it was a stunningly beautiful, and somewhat anxious, ambient album. It wore its inspirations on its sleeve, and the ambition was undeniable. Do-it-Yourself music is about pushing limits, catching waves of inspiration, and trying things outside of the box just to see what will happen. Walter Gross did all of these things with The Fra Mauro Highlands. It embodied the spirit of the scene entirely, and should find itself respected as such.