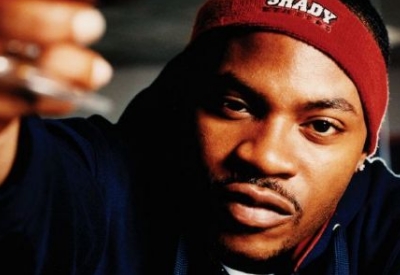 There existed a point in time where Obie Trice was a highly anticipated figure in rap. The first solo act signed to Shady Records, his “real name, no gimmicks” tagline served as the perfect balance to the alias-focused early incarnations of Eminem and D12. Trading cartoonish violence and shock humor for street experience and cheeky dry wit, he felt familiar but different enough for fans to invest interest in the rising star. Perhaps it should be expected, but this partnership with Shady seems to be the single small snapshot of Obie’s career that lingers in hip-hop’s memory. Reality is, though, that the man has been involved in the scene for over two decades (and counting). A labour of love which would be launched while simultaneously trying to escape the grips of a drug-dealing lifestyle, Obie should be viewed as a true warrior of the craft rather than the poster child for the rise and fall nature of mainstream music; moreover, if one follows his life a little more closely, it becomes evident that he was an artist able to reach people regardless of what level of fame he was currently sustaining.

And like so many others, it all started during the greatest boom in the history of Detroit’s underground.

Though he would go on to state that he had only been taking rap seriously for about five years prior to his Shady Records deal, Obie Trice’s interest in being a rapper stemmed back to his childhood. Initially rapping on a karaoke machine during his early youth, he would eventually transition to making sporadic appearances at Detroit’s legendary Hip-Hop Shop as a teenager in the early 90s. As the rap scene in Michigan began to take off near the end of the millennium, so too would Obie’s involvement in the game. By 1999 he had started to make his first true push in the industry, releasing “The Well-Known Asshole/Gimme My Dat Back” as a vinyl single through No Airplay Entertainment. Riding a bit of buzz, thanks in part to local DJs buying into what the the young talent had to offer, he and No Airplay Entertainment struck gold again in 2001 with the release of “Mr. Trice/Respect.” Detroit had finally become properly conscious of Obie Trice; moreover, local radio stations were keeping these singles in regular rotation, helping him reach a far wider audience than before.

One notable member of Obie Trice’s ever-growing following was D12’s resident weirdo, Bizarre. In display of a shockingly well-groomed ear for potential, Bizarre was an early proponent of Obie’s music. Allegedly, Bizarre heard one of the rapper’s very first singles and absolutely lost his mind at the quality. He promptly had his management get him in contact with Obie Trice, and they became friends nearly instantly. Though it took quite a bit of time, Bizarre would eventually put Eminem and Paul Rosenberg onto “The Well Known Asshole.” They loved it, and eventually invited Obie to come and audition to the world’s largest emcee. He jumped at the opportunity but assumed little was likely to come of it as Eminem had seemed passive in the extremely casual meeting. He thanked Bizarre for having his back and headed home, prepared to maintain on the independent grind if needed.

A few weeks later, his manager gave him the shocking call that Shady Records was considering tendering him a record deal. After bonding with Eminem at a Kid Rock party (which he had been personally invited to by the Shady Records co-founder), he would be added to the label’s roster in 2001, barely two years after his debut vinyl singles.

Though they’ve become a bit of a joke for poor talent management in recent years, Obie Trice would be the benefactor of a flawless slow burn build to hype on the still young Shady Records. A wonderful debut freestyle skit on D12’s Devil’s Night album would be his only real output on the label during his first calendar year as a signee. A taste of what was to come, but little more than that. Throughout 2002, however, Eminem and company would begin a monstrous career push for the man with no gimmicks. Obie was all over everything the label was doing that year. He was promo’d at the beginning of Eminem’s first single from The Eminem Show – an album that also saw him featured on “Drips” – as well as given multiple spots on the original soundtrack for 8 Mile. By the time the summer of 2003 rolled around, fans’ patience would be rewarded. Obie’s debut-album cycle would be kicked off on August 12th, 2003, with the release of the comedic “Got Some Teeth.” Just over a month later, Cheers hit the shelves. The long awaited debut of Detroit’s hidden gem had finally arrived.

No expense was spared on Cheers, as the album was absolutely loaded to the brim with star power. Eminem alone contributed five vocal features and served as executive producer for the release; additionally, Dr. Dre, Nate Dogg, 50 Cent, Lloyd Banks, Timbaland, D12, and Busta Rhymes all made notable appearances. Unsurprisingly, the album performed very well commercially, landing itself in the five spot on the Billboard 200 and eventually being certified platinum by the RIAA a little later. It was well deserved too. Obie held his own, even when faced with performing alongside future legends of the industry. His style was loose and confident, a perfect reflection of the battle born Detroit hip-hop scene. It was also clear that he had seized the opportunity to learn from the experienced individuals around him, presenting his up-and-coming hunger with the finesse of a much more established hip-hop performer. The transition from independent hood artist to being an integral part of rap’s favourite powerhouse was nearly flawless.

Mainstream success is fleeting, however. A fact that Obie Trice would learn painfully in the coming years.

In the period post-Cheers, things started to unravel slightly at Shady Records. Eminem’s mounting drug dependency issues saw the emcee’s brainchild slowly lose its dominance over the rap industry. This was catalyzed in 2006 by the tragic and untimely murder of D12’s Proof. An associate and best friend to basically the entire label, his passing ushered in a terribly dark era for Shady 1.0. In spite of mourning this loss of kin and recovering from being shot in the head himself, Obie Trice did actually manage to put together a solid sophomore effort with Second Rounds on Me. The album was darker, grittier, and more violent than its predecessor, a clear reflection of his mindset at the time; however, it failed to achieve the same level of commercial success that Cheers had enjoyed three years prior. It debuted at eight on the Billboard 200, moving 74,000 units in the first week. Though rap album sales had taken a nosedive that year, the lack of performance was surprising. In the midst of this relative flop, Obie unfortunately also found himself firmly in the doghouse of Interscope head Jimmy Iovine. He would later admit some person fault for this falling out due to his attitude at the time, but not before it ultimately led to him parting ways with Interscope and Shady. Unable to reach a resolution with Iovine, Obie Trice walked away from his major record deal in 2008. He stayed on good terms with his mentor and label mates, but his time as a mainstream presence in rap had come to a relatively quick end.

To his credit, Obie never gave up on the rap game. Though he took a handful of years off, he would resurface in 2012 to relative underground success with his self-made Black Market Entertainment brand. He was no indie darling, but Bottoms Up sold over five thousand first week copies, charted on the Billboard 200, and was generally received quite positively by fans. His follow up, The Hangover, a few years later would be more polarizing, yet it still had a respectable first week sales of over four thousand. These numbers may have been small compared to his time on a major label, but for an entirely independent artist they were actually nothing to laugh at. Obie Trice’s post-Shady legacy is, however, most well defined by his actions outside of his own music. Starting in the early 2010s, he began meeting with the Detroit local government to discuss helping high-risk youth get invested into the arts. A commendable cause for a city in regular turmoil, to be certain.

Obie Trice never seemed destined to be the defining face of any record label, but it is a bit of a shame that he has become largely forgotten. He may have been behind Eminem, 50 Cent, and D12 when it came to general fan interest, but he gave the roster a sense of depth and legitimacy that it simply has not had since his departure. With Obie, Shady Records had four acts delivering genuinely enjoyable albums which were also major commercial successes. They were a force in hip-hop, and for a short period of time, they sat at the peak of the genre. He often gets miscast as nothing more than someone who sold due to affiliation with Eminem, which isn’t entirely the case. He undoubtedly benefited from his boss being the largest thing on the planet, but there was more to Obie Trice as a rapper than that. He was witty, charismatic, funny, and knew when to reel it back and be serious. He understood his strengths and weaknesses, and made up for his limitations by projecting his infectious personality unabashedly. It is a fact that his prominence has dried up and his musical output has declined, but Obie should be looked back on as a superb entertainer. His time in the sun was a brief, but very enjoyable, piece of hip-hop’s illustrious history.