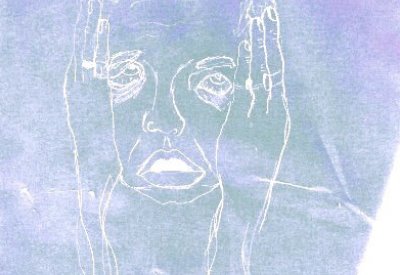 Sometimes an artist has something about them that causes your ears to perk up. A unique sound, or perhaps some extra creative flavor to their music that you can’t ignore. SWISH is one of these artists. Her music is soulful, fun at times, and rich. Behind her powerful voice is a colourful offering of wonderfully complimentary self-produced instrumentation that will keep you coming back for more.

We were turned onto her music by KashJordan, who we interviewed earlier this year. Immediately after hearing the first track, we knew we had to have her for an interview – and we think you’ll find her to be something quite special.

So head over to SWISH’s soundcloud (and check her new sounds), follow her on the Twitters, and then read our interview below!

EN: First I’d like to say thanks for doing this! I’ll move right into the questions. Do you produce all your tracks yourself? If you do, what’s your audio program of choice to work on?

SWISH: Yeah, I produce all my tracks on Logic.

EN: How long ago did you start making your own music?

SWISH: I’ve been writing since I was 5. I remember the first time I wrote a song was this cheesy C-A minor-G-F chord progression on the piano about how shitty my brother was, but I wasn’t serious about it until 6th or 7th grade when I started playing guitar.

EN: That’s awesome [laughs]. I like how it all started with classic sibling hate. Other than guitar and piano, do you play any other instruments?

SWISH: Bass and ukulele are pretty instinctual. I wanna learn how to play the trumpet or flute, but I don’t have enough money to buy an instrument has the potential to end up dusty in the corner of my room.

EN: Do you try and incorporate the live instruments you can play into your production or do you prefer plug-ins and sampling?

SWISH: It just depends on how I’m feeling or what I think will best reflect my vision, but for the most part I use both equally when I produce.

EN: When Kash introduced me to your music he described you as Kanye meets SZA, how do you feel about that comparison, musically?

SWISH: I understand it. I could see where he got Kanye, because all I do is make art and I see myself as a creator. And SZA has this style that is super apparent right now with female singers. It’s so rich and juicy that I can’t help but be a part of myself. The first couple songs I showed Kash were really SZA type songs, but as a singer I feel more connected to Amy Winehouse.

She’s 100% my biggest influence as a singer and I’d like to think it shows. But in my unreleased shit I could definitely see [that
comparison].

EN: It’s funny you mention Amy Winehouse because I was going to ask if she was one of your musical influences. On that topic, who else do you draw inspiration from musically?

SWISH: These days it’s definitely Amy Winehouse and Billie Holiday. It sounds weird, but I used to be super self conscious of the fact that I was a good singer because a lot of people I listened to didn’t need to be good singers because of their lyrical content and whatnot. Every singer I heard had weak lyrics because their voice could do all the work.

I [didn’t] wanna be another singer with weak-ass lyrics, but then I listened to Amy Winehouse’s first album Frank. She’s no Bright Eyes or Kendrick with words but
she could communicate emotion in ways that no other artist could because of what she was vocally capable of. She was so fuckin’ honest, it’s incredible. It changed the way I make music forever.

Billie holiday is just dope. Whenever I listened to her time slows down. She has this one quote that gave me more confidence as a singer too, “if I I’m going to sing like someone else then I shouldn’t sing at all”. That changed me for sure.

EN: When we were checking out your music prior to this interview, our editor pointed right away how prominent your vocals are in your music (unlike some artists who let it sink into the instrumental). Is this a conscious thing you do to make sure you’re properly heard by the listener?

SWISH: I guess that’s a part of it… I think I just denied the singer part of me for a while in fear of being put in a box. I realized how dumb that was because I couldn’t be all that I was, so I couldn’t grow. Now when I sing in my music it feels relieving and free of whatever limitations I or anyone else have tried to enforce on me.

I feel like I’m Julie Andrews on those grass hills in the beginning of sound of music. I guess when I record I can’t help but run for the hills or whatever [laughs]. I just get so caught up sometimes in that feeling.

EN: Do you think it’s harder for women to be respected as writers and lyricists in music? I see a lot of discussion about it being more difficult, especially for artists pushing the boundary of what’s expected.

SWISH: One hundred per-fucking-cent, dude. Yes! I mean, there’s a blatant segregation between male rappers and female rappers. Like if “male rappers” are just “rappers” then what does that make “female rappers”? Like we have to have that female stamp to put us back in our place or some shit. Especiallyin hip-hop, because that shit is fucking bursting at the seams with misogyny.

Plus people just think disrespecting women is cool so off the bat they’ll probably not wanna give me a chance for to gain their respect [musically] as much as they would a man
Also, if you’re a man you can be butt-ass ugly and still be respected. People value women based on their appearance whether they [realize] it or not. Sometimes I think it doesn’t matter at all what kind of dope ideas I have for shit.

Sometimes I think well I’m not fucking Trixie Tang, so there goes my career. Y’know?

EN: Do you ever find motivation from wanting to break these expectations and barriers of what’s expected by female artists?

SWISH: Sometimes. Other times I just don’t give a fuck about it. Like, gender roles play too much of a role in our day-to-day it’s fucking obnoxious and played out. I’m a huge feminist, but it all gets exhausting most of the time. I just wanna be able to exist as the androgynous-ass bitch that I am without having to deal with societal pressures and people being douche-bags.

EN: That’s a respectable approach to it. So if you don’t mind me asking, do you have any plans for any project releases in the future?

SWISH: Yeah, I actually have a whole track list ready, cover art, and music videos planned. I just need to get more resources and more of a reputation before I put this out. It’s too fire to just release to my hundred something followers.

EN: Would you describe it as similar sonically to the releases on your Soundcloud?

SWISH: Nah, it’s nothing like “Just One” or “Warm Milk”… Maybe “Grown Woman”, but I don’t know. The stuff on my Soundcloud was right when I was starting to find out what I was doing. I knew I was about to find what I had been looking for, and I wanted to nurture whatever that was. So I’ve been in my garage for like a year and a half trying to figure out who SWISH is, and just making gold.

The stuff on my Soundcloud you could feel a little something something in every song.. . And I feel like it makes you be like “oh, who’s this SWISH bitch?”, but with this new shit you hear it and you know exactly who SWISH is.

EN: So you believe that you’ve found a sound very definitive of who you are as an artist right now?

EN: If you could pick five collaborations with active artists, who would you pick?

SWISH: I’d probably say Chance, Kanye, Kali Uchis, Kaytranada and J. Cole… Thinking about it, I don’t even know what I would do if I got in a studio with any of them… Like, that’s just a crazy thought.

EN: I imagine it’d be quite the experience. Being that your production is quite strong, would you ever consider collaborating in the producers role even if you didn’t appear on the track?

SWISH: Oh yeah, totally. I wanna do that more often actually. I gave this rapper Kwazee a beat today that I’ve been holding onto, and I’m stoked on it. I wanna see my name attached to as many titles as possible, whatever that means. It just feels good to stick your flag in the ground like that with any piece of art.

EN: That’s awesome. To kind of revisit that topic from earlier, it feels like there’s also like… I don’t know how to word this so much, but a distinct lack of female producers especially. Would you agree with that? I know there’s a handful of them, but it seems to be a role that’s particularly male dominated… You’d be like an extension of the first wave of female producers getting into it.

SWISH: Oh hell yeah dude, that shit is wild to me and I can’t really figure out why… Maybe because a lot of the money in women is being the face of an operation rather than behind the scenes. That’s why I like Janet Jackson so much because her production is wild and I know she was pretty involved in that aspect of it.

Janet Jackson is like a female pioneer to me, a huge inspiration. Missy as well.