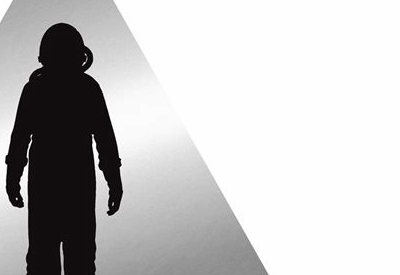 It definitely seems as if we’ve written about clipping. a lot, but they’re one of the most active and unique rap groups out current. Who can blame us? Anyway…

To say that Daveed Diggs is popular right now would be an understatement. Fortunately, for fans of the Los Angeles based experimental rap trio clipping., he’s not abandoned his work in the world of weird. With an EP (Wriggle) already under their belt for the year, clipping. is back again with a full length followup to 2014’s CLPPNG. Released under Sub Pop Records and popular experimental outfit Deathbomb Arc, Splendor & Misery looks to keep clipping.’s hot-streak of releases at full steam.

With Splendor & Misery, clipping. took a step in a different direction from previous releases. The album follows the story of the sole survivor of an uprising, his life on an interstellar transport ship, and his relationship with the on-board computer. The concept is unique, and provided Digg’s the opportunity to flex his storytelling ability at every turn. He flawlessly maneuvers over the wild production, proving time and time again that he is one of the more versatile emcees in hip-hop. Tracks like “Baby Don’t Sleep” are beautifully unnerving, and it big part of this is Daveed’s vocal control and delivery. All in all, a wonderful vocal performance throughout the entirety of Splendor & Misery.

No home, you’ve been there,
Clearly off safety,
No destination,
No time for waiting,
Saviors are fiction,
Memories fading,
like ghosts, ghosts, go.
(Baby Don’t Sleep)

The production is basically what is to be expected from a clipping. album. It’s abrasive, loud, and fuzzy. The main difference on Splendor & Misery is that the instrumentals tend to be more spaced out than a lot of their previous work. Given the concept of the album, this is completely understandable and sets a well defined mood behind Deveed’s vocals. Atmosphere is the main strength of the production on this album. Though it might not necessarily carry that touch of traditional hip-hop the group is known for, the instrumentation is well execute. Hudson and Snipes rarely disappoint.

Though the album is a fantastic piece of art-rap, Splendor & Misery does have one minor flaw. There was a single moment which did not feel as though it fit the overall sound of the record. “Story 5” . Coming off a long run of incredibly cohesive work, the acapella felt very out of place. Unlike the previous “story” tracks on clipping. releases, it was not a standout track; regardless, It is still a pleasant listen and quite interesting, but in the grander picture of Splendor & Misery it was a jarring shift in sound.

Listeners who go into Splendor & Misery expecting the heavy hitting blend of conventional rap and noise may be in for a bit of a shock. This album is definitely a departure from the norm for clipping. as a group. Splendor & Misery should be approached as a conceptual art album, and not put in the same category as their previous works. Fortunately, for those who find themselves missing the sounds clipping. played with on previous releases the EP from earlier this year is jam packed with heavy, easier to digest songs.

This ain’t healthy to be held to blame,
Once you help me, now you abandon me,
What you’re tellin’ me by not tellin’ me?,
Anything, anything,
I’d give anything if you’d say my name,
Don’t you play with me, it’s an emergency.
(Break the Glass)

Don’t discredit Splendor & Misery for that reason, however. This album seems to be the moment that clipping. really discovered who they are as artists. From a conceptual standpoint this is the groups strongest effort. It was an absolute treat to see them tapping into some hidden potential. They took a risk with a release that is unconventional even for clipping., and it paid off with a solid final product.