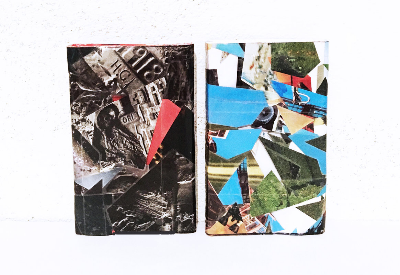 Ah, Walter Gross. One of the most creative noise-based musicians alive. A little early this year we took a look at his Black Box Tapes release, Vestige. An album which was, and still is, one of the best releases to date in 2017. Moving with the swiftness of a sparrow Walter Gross has already ventured into another release, Super Basic. This release isn’t a really a follow up to Vestige, instead it is a collection of material recorded between 2015 and 2017 (according to his BandCamp page) being released completely DIY both digitally and on cassette. These sorts of beat-tape releases can be slightly unpredictable; however, when they’re from an artist known for experimenting with sound they’re usually worth checking out. They’re unrestrained and free from the need to fit an overarching sound, and usually loaded with interesting tidbits and lost cuts.

Walter Gross is exactly that type of artist, and Super Basic is a very interesting tape.

Super Basic feels like a cutting room floor of ideas, experiments, and loose ends that make up Walter’s progression as a musician. The songs have this loose quality to them that definitely feels like an assortment of not entirely fleshed out thoughts. The track names lend to this rough cut experience, with titles such as “Party Loop”, “Cut I”, and “Cut II” feeling as unpolished as the songs themselves; the ruggedness of Super Basic is not a negative quality by any means however. It leads to somewhat of a scattered experience, but it makes it feel as if the listener is being granted insight into the method behind the madness of Walter Gross.

Even the packaging of the cassette release is a little rough around the edges (in the best way possible). There’s some previews up on BandCamp of the physical release, and it really adds an element to the aesthetic. The digital art (as seen above) is similarly simplistic yet beautiful. The way he’s crafted all elements of this album by hand is admirable, to say the very least.

As far as the music goes, there are some genuinely beautiful moments on Super Basic. The vocal melody on “Cookie” for example is absolutely gorgeous and has this delicious contrast with the noisy, glitchy, sauntering drum line. “Hierophant I” is another stunning piece on this album. It has this crunchy distorted wall of noise at the forefront of the song, with a very subtle meditative nearly-angelic sound slipping through the cracks (and eventually closing out the track). That’s not to say that the rest of the tape isn’t also very cool – which it is – but hearing these moments of blissful relaxation hidden in the noise is breathtaking. It provides a wonderful balance, and gives weight to the most abrasive moments on Super Basic.

There’s also a really nice amount of variation on this beat tape. There are looping moments that drone on, hellishly insane noise tracks, and even some bits that feel hip-hop influenced. It gives one a sample of the range Walter Gross is capable of playing with.

Super Basic may not quite be the powerhouse album that Vestige is, but it’s really not intended to be. Walter’s assortment of sounds on this project are the ultimate fanfare. Even though Super Basic shows off his varying styles, it most likely would not be the best jumping off point for a new listener. That being said, as an established fan this tape is a seductive sampler platter featuring everything lovable about his music. Super Basic totally encapsulates the do-it-yourself and gritty nature of Walter Gross. Perhaps it’s even safe to say that this is him in his rawest form; dirtied up, a little bit chaotic, but an absolute blast to sit through.